"Twenty-five years ago, the notion was you could create a general problem-solver software that could solve problems in many different domains. That just turned out to be totally wrong ." Howard Gardner 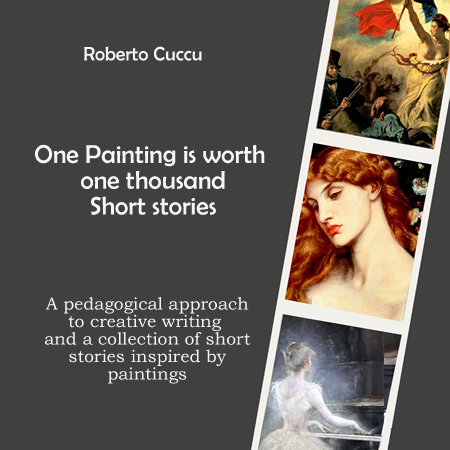 "One Painting is worth one thousand Short stories".

Have you ever been to a museum and been captured by a particular painting? Felt like touching it, establishing a contact in order to discover what you might learn from it? What ideas, insights, or questions sprang to your mind? A single two-surfaced composition can be a source of inspiration and it has been so for many writers who expanded their initial attraction into a well-developed story that captured the attention of a multitude of readers. Why only them? Couldn’t you just be able to do like them and write a story after a painting that stimulated in you a particular reaction? A philosopher and novelist, Umberto Eco, in one of his books, Lector in Fabula, he wrote that once a writer publishes a novel a reader is allowed to complete and interpret it according to his/her own personal experience. So, it becomes a collaborative creation. The same could be said about a painting; if you see something in it that the artist did not imagine at the time, it could be added to its value as a work of art that inspires reflection and change. In this book you will be taken by the hand and guided into a journey that will allow you to write a short story about a painting that you consider special, particularly inspiring, that captured your curiosity and heart.

In the first part there will be a pedagogical introduction to how to motivate students to be active participants in a learning process and how to interact creatively with a painting.

There will be practical examples from students who underwent the same experience, at first doubtful of their own abilities to create something original and inspiring, but with the support of a tutor, they managed to overcome the obstacles, learn something more about the writing process and eventually become expert in this field.

In the second part of this book you’ll find a collection of short stories written by teenagers about painting that are considered works of art representative of our age. What is new is that one single painting has inspired many tales, fiction and facts have been intermingled in such a way that after reading these stories you will not be any longer sure of which is real and which is just over imposed fiction.

There are different ways to stimulate your creativity, some benefit from guided visualisation, others from induced altered states of consciousness. But here you’ll find a straightforward pragmatic approach, based on a logical analysis and an inner trigger that an outside element, such as a painting, could stimulate as a starting point in your internal journey.

What is a short story?
Archetypes in Narrative plots
The creative imagination of a teenager
The Work of a Writer.
The Historical research behind Novels
Differences between a novel and its film version
The Girl with a pearl earring: novel and film script

A pedagogy for creative writing

How to write a short story based on a painting

Bibliography
About the Author